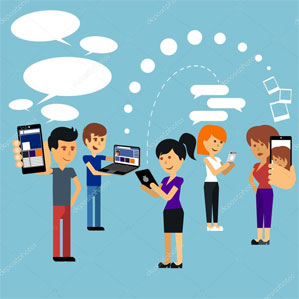 Nearly two centuries ago, Volney Palmer created the first advertising agency – a one-stop shop for companies looking to advertise in the quickly proliferating newspapers of the day. Suddenly, advertising was simple – talk to the advertising agency and you could create a campaign that could be run across multiple newspapers.

Then came the telephone, television, computers, the internet, Google, Facebook and the ever-evolving carousel of social media. Google can follow us across the web, Amazon knows what we purchase, and every click on your website can be tracked. The media landscape, and how you advertise in it, has changed drastically – but traditional advertising agencies have not.

They’re still out there charging brands exorbitant retainers for the privilege of accessing their murky marketing techniques with big promises and price tags – but with no ROI attached.

And that’s why the marketing agency Don Draper worked for is in palliative care….

An elegant solution from a less sophisticated age

In the heyday of the advertising agency, large companies employed hundreds of creatives to churn out concepts and advertisements. In the days of passive media, like print, that was the best they could do. So, agencies created catchy slogans, or jingles, and claimed any bump in profit as a result of their work, but no one knew if it was true or not.

Even with guesswork abounding, these cultural juggernauts charged retainers just for the privilege of working with them, so they could pay their vast team of creatives. But, every business owner knew the power of marketing, so companies of all types would pay monthly fees to ensure their place in the advertising agency’s roster.

But then the internet market came to be and that changed everything, or at least it should have. Freelancers, who were once restricted to large cities where they could bump shoulders with the right people, exploded on-scene from everywhere around the world. Today, the rise in freelancing even has a name: the ‘side-hustle’ phenomenon, or the gig-economy.

Then, as technology advanced, and more money was invested into advertising online, websites sprang up that could track users – where they came from, how long they stayed on pages, and if, in fact, those readers became customers as a result. Suddenly, a bright light exposed every corner of consumer behaviour, giving freelance marketers access to more data than even the largest agencies of the past.

But like many cultural titans, advertising agencies still refused to move.

Leaving behind those ‘masters of none’

As freelancers continue to grow in number, thanks to websites like Upwork, and Fiver, marketers have been urged to ‘niche down’. In response, freelancers have created new subcategories and specialties that cover a variety of business needs. By working almost entirely with clients who have similar needs, marketers and freelancers can learn to anticipate their client’s desires and better serve their niche over time.

Today, there are copywriters who focus on creating copy for contractor websites, designers who make their money creating infographics, and website developers who work with companies to create online educational tools for onboarding. Suddenly, businesses can find a freelancer who specializes in the exact product they need, and can produce an effective solution.

But agencies, with their high overhead, and large teams, can’t ‘niche down.’ Instead, they rely on a reputation built in a different era and hope they can ride their own coattails to success. This means agencies are still working with a spectrum of customers, applying the same outdated formula to each company that comes through their door.

Big ad agencies, with their big budgets and big clients, attract big-name talent – the people who host Ted Talks, or have massive followings on social media. These big names, and the big ideas that come with them, draw companies back into the murky world of the traditional advertising agency to see if these miracle-makers can help them grow.

But for most advertising agencies, those big name creatives do very little work for clients. Instead, the client’s work is passed down the chain of command, given to writers, designers, and developers with no more fame or Ted Talks under their belts than any freelancer out there.

So, why pay the big price, if all you’re getting is a marketer with no more experience than your average freelancer for your monthly retainer? Instead of sticking with the tried and true, more and more companies are calling advertising agency’s bluff that they have something you can’t find through a reliable team of freelancers, or a stand-alone marketing team.

Investing in a better marketing solution

Advertising agencies are great at blowing their own horns – after all, that’s what the organization is there for. They can march out shiny, exciting campaign after shiny exciting campaign, and it looks good at first glance. They’ll impress prospective clients with amazing visuals, and stirring copy that impresses. They may even march out some metrics they created, or growth that in no way can be tied back to their advertising campaign. But what they won’t do is give you a step by step walkthrough of how their client’s customers interacted, or tell you how they A/B tested their visuals until they had the absolute best conversion rate they could get.

That’s because they don’t have the numbers – even though they’re available with the right campaign.

As the shine comes off advertising agencies, and companies move toward a new model, it’s unlikely that those old agencies will keep up. Instead, advertising will move on, and catch up with the rest of the world.

As with any major transition, things may get a little rough before a new standard is reached. With freelancers popping up like dandelions in the spring, finding a good marketer you can trust on the open market is difficult. Too often, companies branch out from the traditional gatekeepers of advertising and get burned by half-schooled marketers working off the side of their desk who over-promise and underdeliver.

Join us for ‘The Agency’s Dead’ Part Two,’ where we’ll discuss the new, more effective way of marketing in the online world: Digital ad agencies. 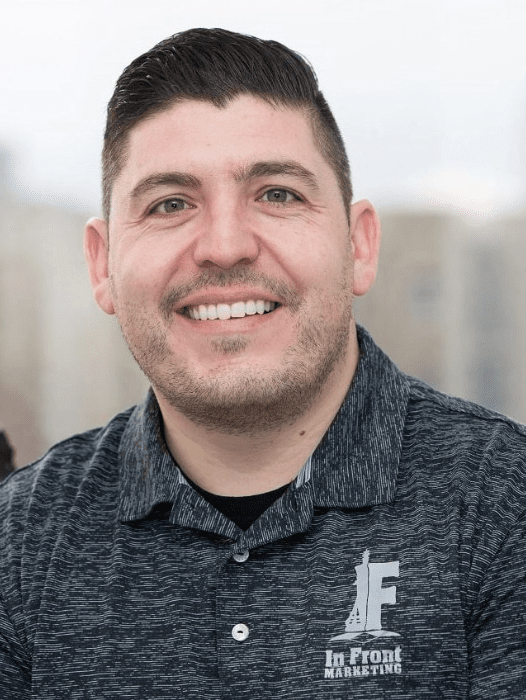 If you want to pick someone’s brain for anything from social media to display advertising, pick John's. Today, John’s putting businesses in front of millions of users and he can do the same for your business. 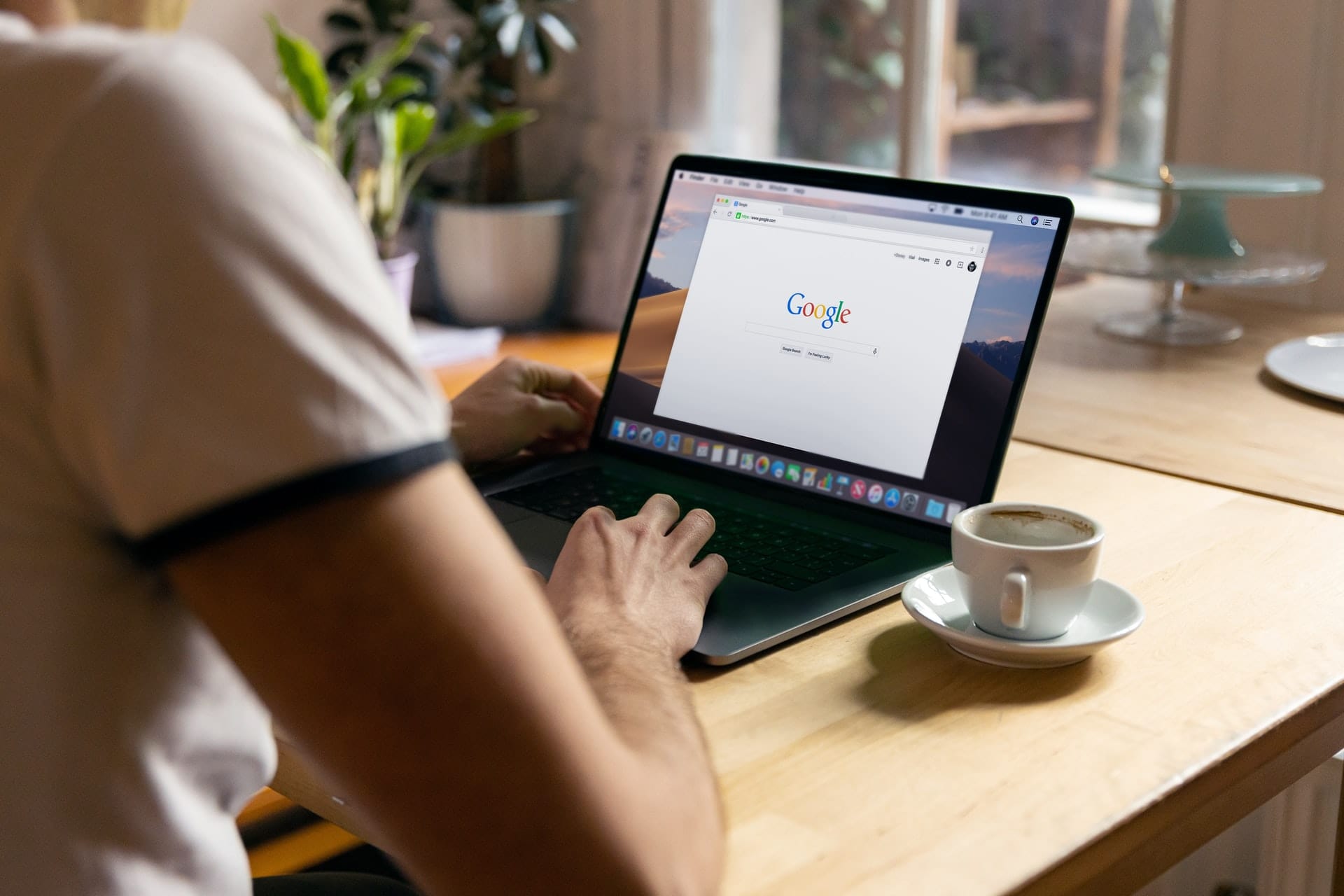 The digital marketing world is changing and evolving. In the past, there were a few ways to advertise your business on the internet. You could buy ads on search engines, social media sites, or other websites. But now there are many more options for you to use. The new offerings are overwhelming and it can […] 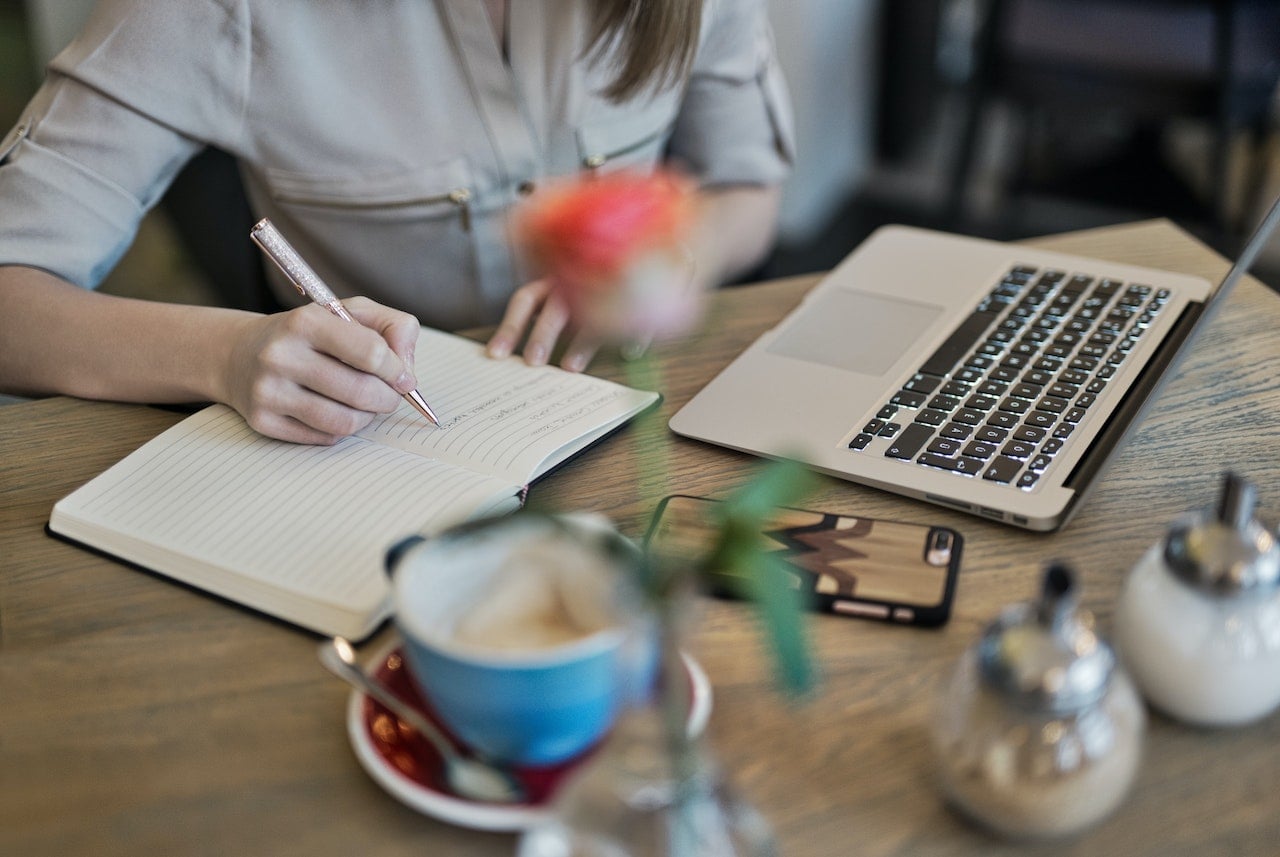 In recent years, more and more companies are utilizing digital marketing because it’s the easiest way to market their products and services. Because many people are constantly using their gadgets to browse the web, this presents an opportunity for marketers to target them. However, this alone isn’t enough because proper strategies, such as content marketing, […] 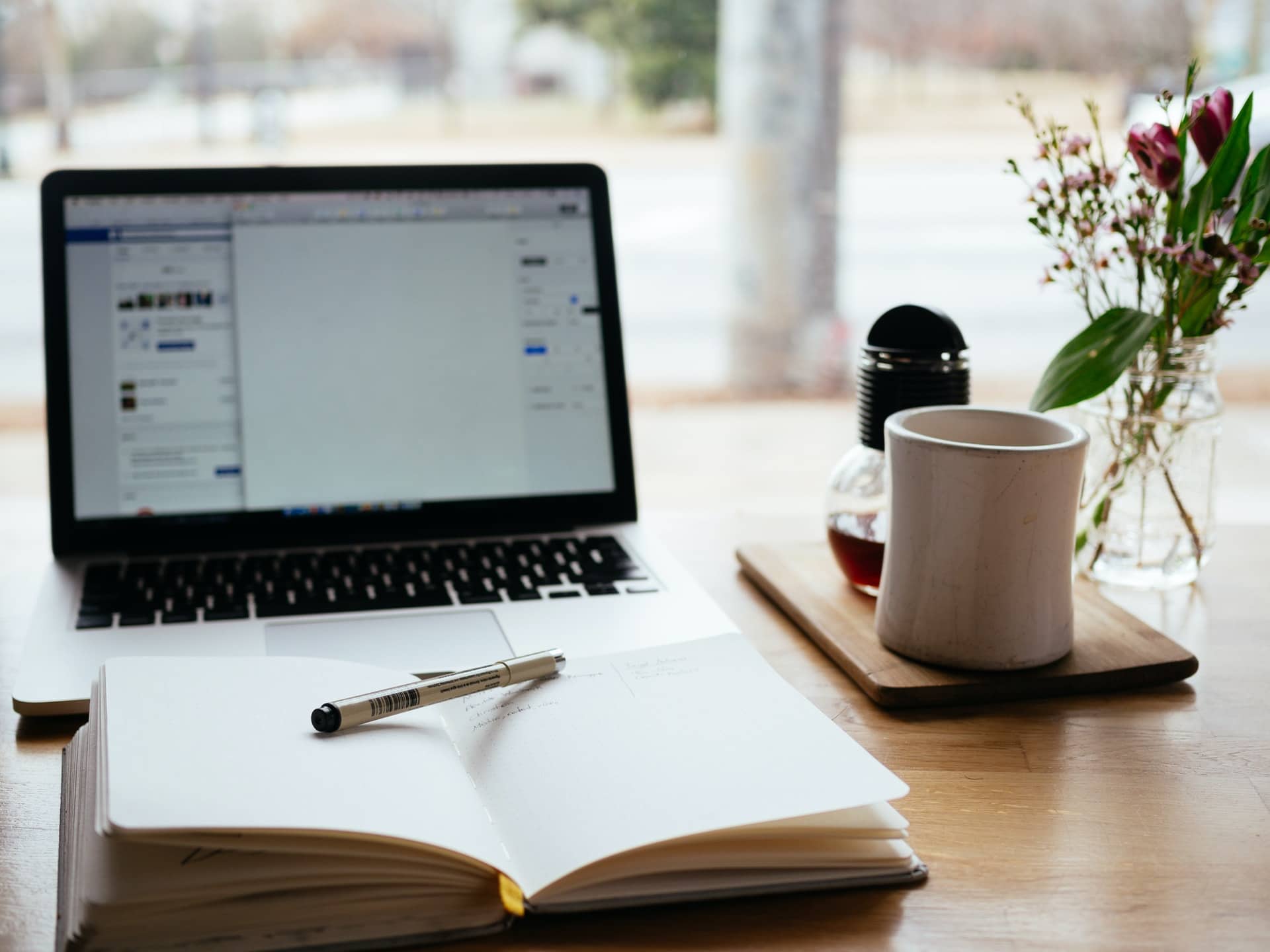 As the demand for quality content continues to rise, so does the pressure on marketers to produce engaging and effective material. However, with so many different content marketing examples out there, it can be difficult to know where to start.  Creating content is only half the battle. The other half is making sure that your […] 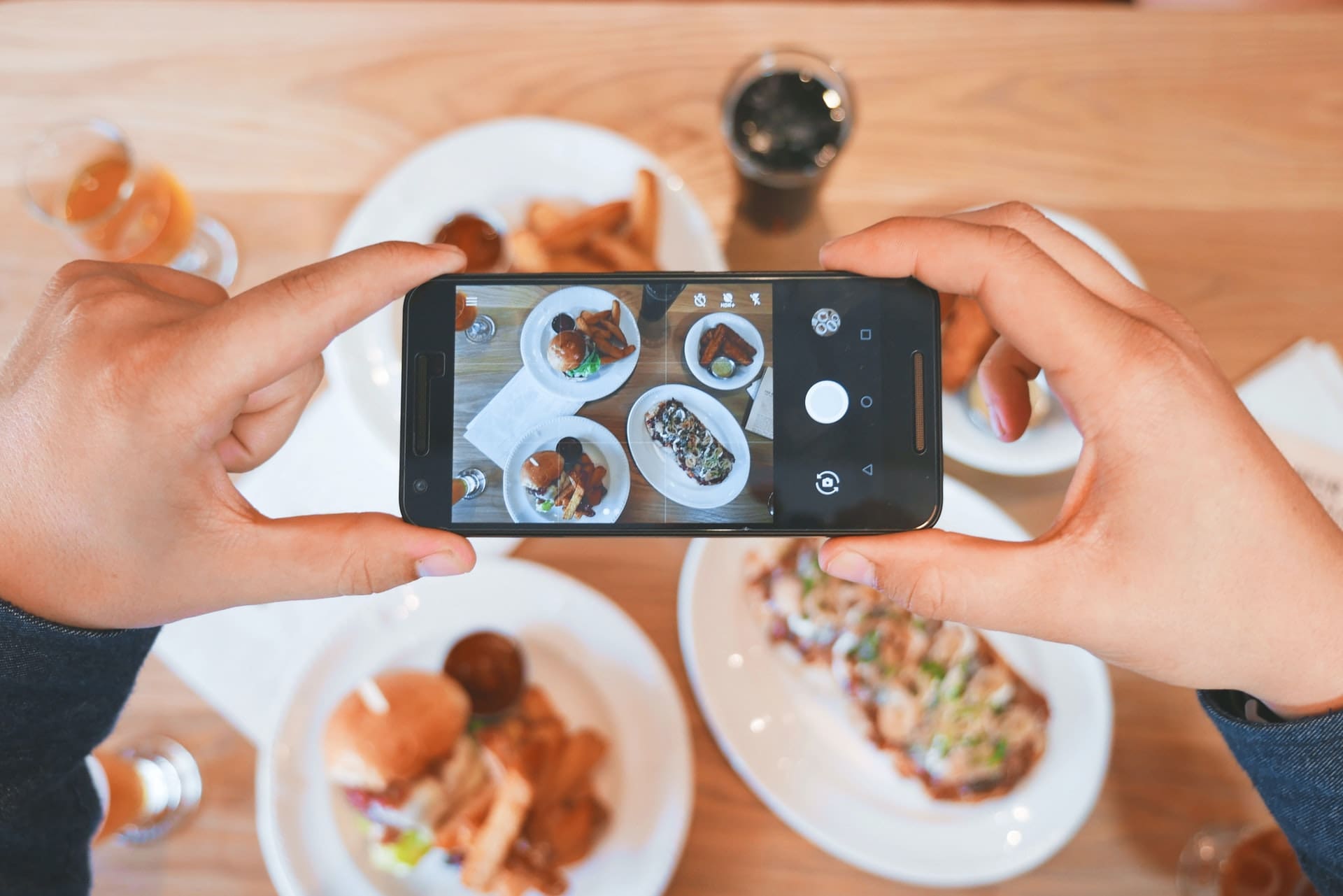